In our second LIVE podcast, Checco Varese, ASC discusses his collaborations with Guillermo Del Toro on “Pacific Rim” and “The Strain,” his upcoming movie, “It: Chapter 2,” working on many TV pilots and music videos, his early days in South America as a war correspondent and much more.

Acclaimed Danish cinematographer Dan Laustsen talks to Illya about working with Guillermo del Toro on The Shape of Water, Crimson Peak and Mimic.  Del Toro’s frequent collaborator discusses the ease of shooting digital cinema now vs. the old days of relying on a lab to process the film correctly.  For the John Wick films, lens choices and tricks played a big part in how he and director Chad Stahelski accomplished a flare effect on the films.  In John Wick-Chapter 3- Parabellum, Dan discusses shooting mainly at night and created a glistening, rainy look. 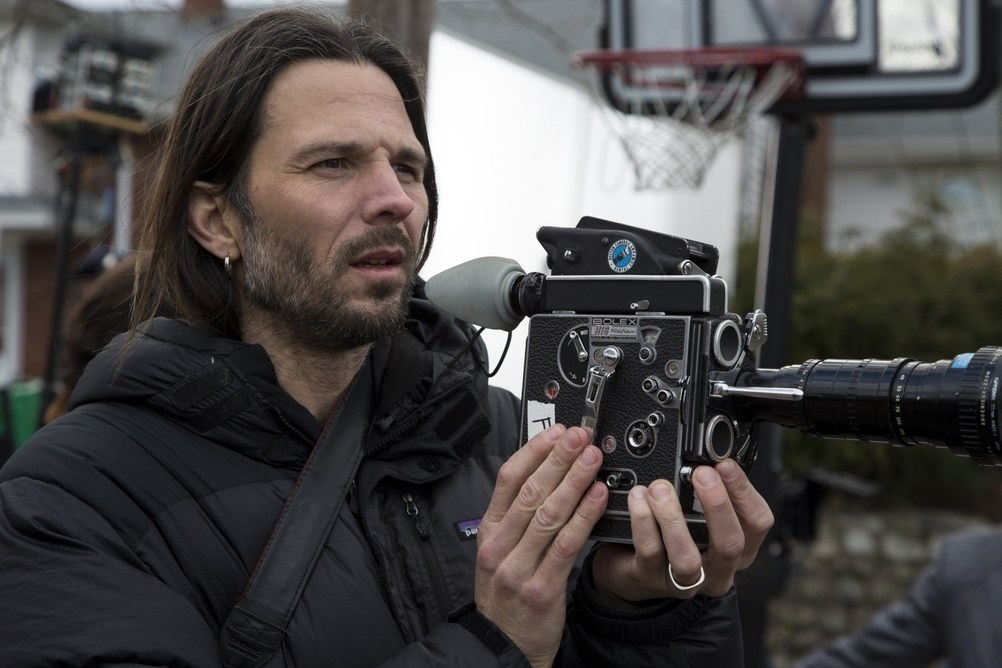 Swedish cinematographer Linus Sandgren talks to Illya about his extensive career working with high profile directors like Damien Chazelle on First Man and La La Land, Gus Van Sant on Promised Land, and David O. Russell on the films American Hustle and Joy. For the film First Man, Linus used 16mm, 35mm and IMAX formats to portray different looks throughout the movie. While working on Promised Land, he and director Gus Van Sant decided to use Super 35mm 1.3x anamorphic. He also discusses lighting choices and his passion for drawing his own storyboards.

Writer, Director, Producer, Lije Sarki talks to Illya about his latest project, Concrete Kids. The movie follows two nine year old boys on one adventurous night in Los Angeles. Lije discusses wearing many hats as the writer, director, and producer of the project, willing a project like this into being and aesthetic choices that served the production .  Concrete Kids was shot in 17 nights with a budget of only $25K.  Lije talks about the challenge of the search for the two young leads, shooting with kids almost entirely at night, and then securing sales and distribution for feature film.

Episode 4 of The Cinematography Podcast’s Sundance 2019 Special – Midnight Movies, horror and occult! In our FINAL episode covering the 2019 Sundance Film Festival. We talk to 3 filmmaker and discus their features. The first is Hail Satan? is at its heart an examination of the right to religious freedom. Next is “Little Monsters” writer-director Abe Forsythe sat down with Illya to talk about his zombie-romantic comedy-buddy-horror movie. The film stars Academy Award winner Lupita Nyong’o. Finally we chat with JD Dillard about his midnight movie, “Sweetheart.” The horror/thriller movie stars Kiersey Clemons (“Hearts Beat Loud,” “Dope”) as a woman who is stranded on a desert island and stalked by a mysterious monster.